LED lanterns for outdoor use 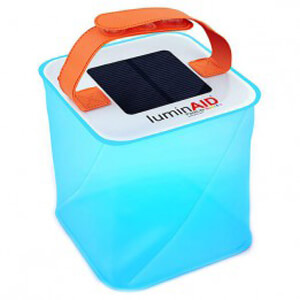 If there’s one invention that has truly revolutionized the field of outdoor lighting, it has to be the LED lamp. The invention of light-emitting diodes has made it possible to produce energy-saving head torches, flashlights and camping lanterns. Energy-saving means you’ll need fewer rechargeable batteries, so your backpack will be more lightweight, and you won’t need to throw away any batteries. As a result, LED lamps are also amazing in terms of environmental sustainability, which is typically important to outdoor athletes, such as mountaineers, trekkers, climbers and hill walkers.

What is an LED lamp?

An LED lamp doesn’t use conventional incandescent bulbs, but rather LEDs. Incandescent bulbs require a lot of electricity, making them very inefficient because a large fraction of the energy is wasted in the form of heat. Until a few years ago, head torches with various types of bulbs (halogen lamps) were still used in outdoor sports. These systems required lots of energy, and the brighter models were especially bulky. The classic head torches were therefore too heavy and distracting for most activities.
The invention of LED lamps made it possible to build compact, energy-efficient and highly luminous head torches. Since the end of the 1990s, LEDs have improved greatly in terms of luminosity. And in case you didn’t know, LED is an abbreviation for “light-emitting diode”.

LED head torches have a wide range of advantages over other types of head torches. For example, LED technology saves energy, making it more eco-friendly. It reduces the weight of your gear, as you’ll use fewer rechargeable batteries and no pollution is created by disposing batteries. Most LED lanterns can also be dimmed, which is easier to implement with LED technology than with conventional technologies. In addition, LED lamps have a long lifespan, so you won’t need to carry any replacement bulbs with you. Old LEDs don’t burn out completely, they rather gradually dim as they age.
LED lanterns are available in all sorts of colours thanks to the use of various semiconductor materials. As a result, it’s very easy to make LED head torches with a red light to improve night vision. Another great feature of LEDs is that they aren’t very sensitive to frequent switching. This makes it easy to implement flashing modes without damaging the bulbs.

Here's an example that best illustrates the potential luminosity of LED lanterns. Since 2011, Innsbruck Airport has used LED technology to light its airport ramp. Plus, thanks to their long lifespan and high energy efficiency, LEDs are often used in modern traffic lights. In addition to being great in daily life, they're also perfect for the great outdoors. LED head torches come in various designs, from simple lamps for hill walking in the dark and camping to head torches for trail running and mountain biking. And, there are even indestructible LED lamps built for mountaineering. Lamps vary in size, weight, lighting modes, in their power sources (either the battery is on the front or the back of the head, in a backpack pocket or on your hip belt) and in their price too. As always, you should consider the intended purpose in order to find the perfect model.