Steel carabiners - for the toughest applications 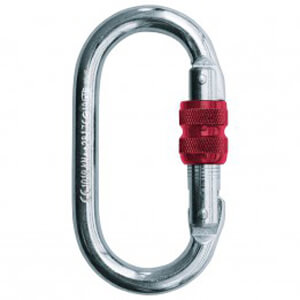 Steel carabiners are much heavier than comparably sized models made of aluminum. But this also makes steel carabiners safer with the highest strength values and significantly better abrasion resistance. Steel carabiners demonstrate their strength especially with permanent longitudinal loads, but still have reserves for transverse and open loads where others carabiners quickly flounder. And if the hardened steel does buckle, then it doesn't break abruptly, but just slowly bends.