Sherpa Adventure Gear - Functionwear for a Good Cause

The company Sherpa Adventure Gear began in 2003 when founder Tashi Sherpa took a walk through Manhattan. On the cover of a magazine he spotted his uncle Ang Gyalzen Sherpa, who accompanied Sir Edmund Hillary on his historical first ascent of Mount Everest in 1953. To raise awareness for the harsh lives of the Sherpa and to celebrate the incredible achievements on such expeditions, Tashi Sherpa founded the company Sherpa Adventure Gear. » Read more 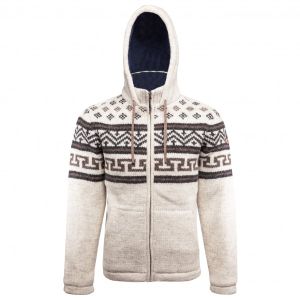 These products were tested by the Sherpa themselves, who take point on expeditions and carry the heavy gear. To celebrate the Sherpa and their achievements and to support them, a portion of the earnings from ever sale of outdoor clothing goes to the kids of the Sherpa in Nepal. All Sherpas that travel wearing this functional clothing also receive a steady wage. Whether fleece jackets, hardshell jackets or softshell trousers - Sherpa produces functional clothing for a good cause!

All Sherpa Adventure Gear is largely made directly in Nepal. The production and transportation provide many families in and around Kathmandu with jobs and regular income. High quality jobs with fair work conditions and appropriate pay are not always common in Nepal. Many jobs are seasonal and on top of that poorly paid. This makes the efforts of Sherpa Adventure Gear in Nepal even more important, as they not only directly create local jobs, but also set an excellent example and encouragement for many people to ensure lasting and ongoing improvements to the living conditions in this small Himalayan nation.

It would of course be much easier and cheaper for Sherpa Adventure Gear to manufacture its outdoor clothing in neighbouring Asian countries. But it is precisely the opportunity to establish production in Nepal proper and to create new jobs and infrastructure that drew the founder to undertake this endeavour. 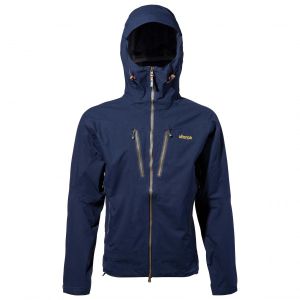 Sherpa Adventure Gear does not see its role in the outdoor market as that of a giant, but as that of a company that does right by its small niche. That this requires overcoming difficulties that a pure textile or outdoor company wouldn't face is a given. But the creators of Sherpa are 100% committed to Nepal and its people.

Founder Tashi Sherpa describes the development of the company Sherpa Adventure Gear as similar to the work methods of the Sherpa in the mountains of Nepal: Take one step at a time, always offer a helping hand to your friends and always keep your eye on the goal.

One major component of the company philosophy is of Sherpa Adventure Gear is the support of the Paldorje Education Fund. The goal of this fund is to allow Sherpa kids access to effective education and thus encourage ongoing improvements in Nepal. Many kids cannot go to school as the spread out and partially difficult to reach mountain villages lack the requisite funding and facilities. But besides all the social work Sherpa Adventure Gear does, they are not just a company that actively seeks to help the people of Nepal, but also a manufacturer of outdoor clothing that knows exactly what you'll need when hillwalking, climbing or mountaineering.