Sorting
Most popular
Brand
We haven't got any brands on offer matching your search "%". Please enter a different search term.
Recommended use
Material
Weight
Price
Rating

A reliable helper in emergencies: the avalanche probe 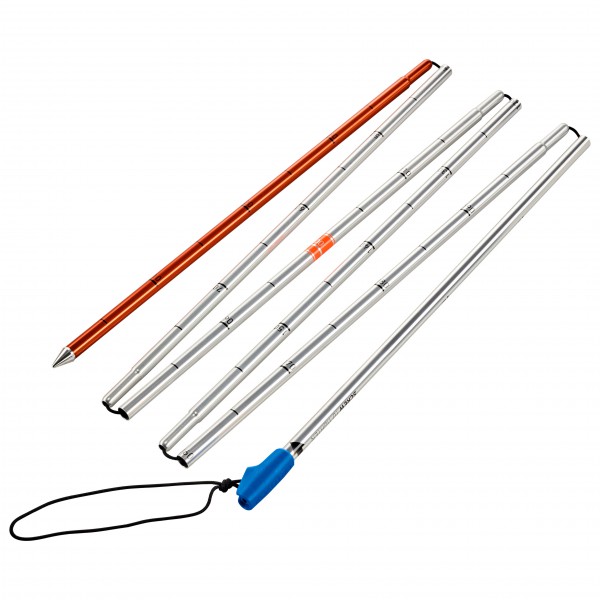 Never underestimate the dangers an avalanche can cause! During ski tours, you should always have an avalanche probe (or probe pole), a beacon and an avalanche shovel with you. Avalanche probes are used to pinpoint buried persons, so a quick and effective handling is important because the chances of survival decrease after just a short time. A high-quality probe pole can actually save a life in an emergency!

How do probe poles work?

In the event of an avalanche, you should first use your beacon to find the location of the buried person, then you should drive your avalanche probe through the snow to determine the victim’s exact location and depth. Probes feature a depth marker, which makes orientation easier. Once you’ve pinpointed the buried person with the pole, you can begin the rescuing process.

As already mentioned, every second counts during an avalanche rescue, which is why your probe should remain handy. High-quality avalanche probes consist of multiple segments that are combined with a tensioning system, making it possible to assemble in seconds. Once assembled, probe poles are typically two to four meters long, they should be stable and easy to guide through the snow. So, if you’re a skier or mountaineer, then an avalanche probe is a must-have!

Exclusive presale &
£ 5 now
Only for newsletter subscribers
No thank you.
<![endif]-->