Wild camping in Germany – verboten or not?

For lovers of the outdoors, there’s nothing better than sleeping under the beautiful night sky and really feeling that connection with nature, is there? And, it really doesn’t matter how you go about it. No matter whether you prefer a sleeping bag and sleeping mat, a simple bivvy or a tent, the important thing is that you get a good night’s sleep without being woken up next morning by some ranger or opening your sleep-ridden eyes to the muzzle of a hunter’s gun. If you unwittingly camp somewhere where it’s not allowed, you could wake up to an unpleasant surprise – be it in the form of shock or a really expensive fine. Yep, you guessed it. We’re talking about Germany, the land of rules and regulations, where oh-so many things are strictly ‘verboten’, especially when it comes to camping. To help clear things up a bit, we’d like to provide you with some insight into German regulations on wild camping.

Some general info on wild camping

Let’s just start off by saying that the legal situation regarding wild camping and sleeping outdoors in Germany is pretty much as clear as mud. Thus, the aim of this post is to provide some insight into said legal situation, but the information provided here is by no means exhaustive, nor does it claim universality or profess to be legally valid. If you’d like more detailed information on the topic, we recommend you read up on nature conservancy and forestry laws in the particular German state you plan on camping in. And, already we’ve stumbled upon the first problem: what is allowed and what is not is regulated by the individual federal states. Ah, the wonderful German bureaucracy.

As a general rule, we can say: In nature reserves or so called Naturschutzgebieten, such as national parks, biosphere reserves or biotopes, camping is strictly prohibited. The coastal areas of Germany are also considered to be separate protected areas, so camping on beaches or dunes could end up being quite expensive as well. The basis for this regulation is the Federal Nature Conservation Act (Bundesnaturschutzgesetz) and the specific regulations at the location in question, such as those concerning designated paths and explicit prohibitions on camping, which can be found on prohibition signs in any given area. Another (nearly) universal rule is that you may sleep on private property or private forest land with the permission of the owner of that land.

The so-called right of access or Betretungsrecht states that forests and fields, be they private or not, may be accessed for purposes of recreation as long as you abide by the general codes of conduct put forward for purposes of nature conservation. According to Article 59 of the Federal Nature Conservation Act, everybody “shall be permitted to enter the open landscape on roads and pathways and on unused land areas” for purposes of recreation. Since sleeping is, strictly speaking, an integral part of recreation, it, too, should be permitted. In other words, dozing under a tree for a few hours, or even overnight, is not explicitly prohibited here. Only staying for longer periods at one location is prohibited. When a brief stay turns into a long one is a legal grey area. Sleeping – not camping in nature is thus neither prohibited nor permitted.

Camping in a tent or bivouacking?

As you’ve probably already gathered, sleeping outdoors can mean different things. The law differentiates between sleeping in a tent and bivouacking or sleeping without a tent (e.g., with just a sleeping bag/sleeping mat, hammock or make-shift (unfixed) shelter). When talking about the Betretungsrecht (right to access), I am referring only to sleeping outdoors without a tent, which is much less problematic than camping in a tent. Why? Well, in contrast to camping in a tent, there are absolutely no explicit regulations regarding camping in a bivouac.
To make things even more interesting, German law divides “the outdoors” up into different categories as well. There is the forest and what they refer to as the “open landscape”, and different protection laws apply to each of these depending on the federal state in which they’re located. The following is a brief overview of what you’re allowed to do where.

Can you camp in a tent in the forest?

No. Here, too, both the Federal Forest Act as well as the state laws in the individual federal states apply. As a general rule, we can say: Camping in a tent in the forest in Germany is verboten! In some German federal states, simply going off the designated forest paths at night is prohibited. If the forest area in question belongs to a private individual, you would need a permit to access it. Otherwise, it would be trespassing. In the state of Berlin, you should also be careful when bivouacking, for – in addition to tents – shelters and tarps are prohibited without the consent of the landowner.

Can I camp in a tent in the ‘open landscape’?

Yes and no. According to Article 44 of the Federal Nature Conservation Act, open landscapes are regarded as areas outside the forest – where an independent right of access applies – and outside settlement areas. There is no passage that explicitly prohibits camping in a tent in the open landscape. But, since it’s often difficult to know in Germany whether you’re on private property or not, it’s best not to pitch your tent in the open landscape, especially if you’d like to avoid the scenario illustrated at the beginning of this post. Simply because there is no prohibition according to state law doesn’t mean that camping in a tent in the open landscape is permitted. Of course, if you’ve already obtained a permit from the landowner to do so, you can embark on your journey to your destination without a worry!

In Bavaria, Rhineland-Palatinate, North Rhine-Westphalia, Hamburg, Hesse and Berlin, for example, camping in a tent in the open landscape is not explicitly prohibited, either. However, in Lower Saxony, Saxony, Saxony Anhalt, Thuringia and in the Saarland, wild camping in the open landscape is prohibited everywhere without exception. In Bremen, it is prohibited to camp on fields, but other than that, there is no explicit prohibition. In Brandenburg, camping is permitted for walkers, cyclists, horse riders and those travelling on water, provided that they are authorised under private law and not in conflict with any special protection regulations (Article 49, BbgNatschG).

What are the alternatives?

If you want to sleep in the great outdoors and would rather err on the side of caution, there are a few alternatives in Germany. The alternatives we’re referring to here are those closest to wild camping or bivouacking in their purest form – far removed from designated campsites, huts and other rest stops.

They may be few and far between, but there still are Naturlagerplätze in some parts of Germany, which will be familiar to fans of Scandinavia in the far north. These are small, open areas for a small number of tents that can be reached on foot or by bike. They are designed to be used for one or two nights at the very most. Some are outfitted with composting toilets, fire pits and cooking areas. These sleeping areas have been in Germany for a short time as a project initiated by the internet forum outdoorseiten.net e.V. in the Eifel. You can book them in advance and use them for a small fee of 10 Euros. And, the cool thing is you get more than just a place to pitch a tent – seating, a quiet little place to relax and wooden platforms will really make you comfortable and want to enjoy the fresh air.

There are also designated Naturlagerplätze in Schleswig-Holstein that are made available by both the state itself as well as private landowners. The page Wildes Schleswig-Holstein (available in German only) provides all the info on the camping areas you need.

Popular among fans of the Elbe Sandstone Mountains is what climbers call Boofen. Boofen is basically sleeping in the open air under an overhang in the sandstone rock or a cave. But, it is important to remember that you are still in a national park, so there are certain regulations you should be aware of. Fire is not allowed, and you will be punished if caught. And yes, they do keep an eye on you! It is strictly prohibited to sleep outside of these designated areas as well. There are approximately 57 designated Boofen.

The first article of the German Federal Nature Conservation Act should be ingrained in all of us:

“In view of their own value and as a human life support, considering also our responsibility towards future generations, nature and landscape both inside and outside the areas of human settlement shall be conserved, managed, developed and, where necessary, restored […]”

It is by no means our aim to lecture our readers, but we would just like to emphasise the fact that we should consider ourselves guests in the great outdoors and try to behave accordingly. When we’re out there, we should try to put the principle “Leave No Trace” into practice, regardless of whether we’re on private property or not. Don’t leave rubbish behind, make noise, if there’s nowhere to go to the toilet, be sure to bury the results of your bowel movement when you’re finished, and you should refrain from anything that would permanently alter the area (e. g. making fire on a meadow without a fire pit, sawing down trees for firewood, etc.). And, of course, you should leave the area behind just as you found it – regardless of whether you slept there or not.
The fact that the laws regarding wild camping in Germany – be it the woods, open landscape or private property – are extremely complicated and hard to understand will come as a surprise to nobody. Still, it is very important to get all the information about the rules and regulations in the state you’ll be travelling to beforehand. But, just as important as familiarising yourselves with the local laws is using good ol’ common sense. If you ask a private landowner nicely to set up camp at the edge of the forest or sleep in your sleeping bag for a short night in a lonely part of a field and promise not to leave a trace, he or she might just let you!

Disclaimer: The purpose of this blog post is not to encourage you to set up camp anywhere and everywhere but rather to provide you with some basic facts. The information provided is subject to change, and we cannot guarantee that it is 100% complete or accurate. 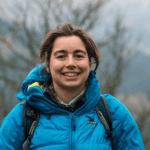