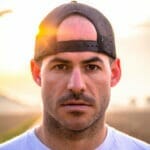 The days get shorter and the weather is taking a turn for the worse. The racing cyclists among us are cleaning their bikes (well, most of them) for the winter and mountain bikers are looking forward to splashing through mud. However, since last winter at the latest, there have been a number of cross-breeds from both worlds, especially among Alpine Trekkers. Here in Germany, a niche sport is slowly becoming established that has long been known to the French, Belgians and Dutch – as is so often the case when it comes to cycling. For those who haven’t guessed yet, we are talking about cyclocross. If you don’t know what we’re talking about, here’s some clarification:

When shortcuts were allowed

The emergence of cyclocross (also known as cross-country racing or bicycle cross) cannot be dated exactly, but it is thought to have been conceived in France in the early twentieth century. A popular theory traces the history back to steeplechases. The challenge: to reach the next village – usually marked by the church tower – by bicycle. The route: whichever you choose. The cyclists rode their bikes over hill and dale, carried them in between and tried to reach their destination by the shortest route. Shortcuts were the order of the day.

Over time, it became clear that handling the bike on unpaved surfaces and the resulting completely different loads had a positive effect on the performance of road cycling, and cross-country cycling began to develop as a sport in its own right. The Frenchman Daniel Gousseau then organised the first French championship in 1902. By the 1930s, the sport had spread to Belgium, Switzerland, Luxembourg, Italy and Spain and has since become an integral part of the cycling scenes there. Germany only followed suit in 1954 with its own national championship, but in our country “Crossing” has a rather marginal existence between mountain biking and road biking.

What are the main differences?

Cyclocross bikes can be described as relatively flat hybrids between mountain bikes and road bikes, but more in the direction of road bikes. Frame, handlebars and components look like a racer at first glance. If you look at the tyres and brake system, the mountain bike influence becomes clear.

The studded tyres, which usually measure over 3 cm in width, are necessary to move better on soft ground and disc brakes have the advantage of not collecting so much dirt. In addition, the braking performance in damp and dirty conditions is significantly better than that of conventional brakes. However, there are also models that still rely on cantilever brakes – usually the slightly cheaper ones. Compared to racing bike brakes, however, these are designed to be much more open, so that as little dirt as possible can get stuck.

A closer look at the frame reveals even more differences. The fork is wider and more robustly built, just like the rear triangle. The reason is relatively simple: firstly, the load is much higher off-road than on asphalt, and because you often ride the Crosser on muddy surfaces, less dirt will stick to it.

Speaking of forks: don’t expect cushioning. Cyclocrossers usually come with rigid forks. This takes some getting used to, because if you don’t relax your arms on uneven ground, you’ll be shaken pretty badly. You also have to deal with obstacles in a completely different way. The pros jump over them, but if in doubt, you should dismount, shoulder your bike and go over the obstacle.

What equipment do I need?

The mountain bike influence can also be seen in the choice of shoes. As mentioned, you’ll have to carry the bike on occasion, so mountain bike shoes are usually used because of their profile and more flexible soles which makes them better suited for walking than road bike shoes.

In terms of clothing however, road bike attire is usually preferred. Just put on some tight-fitting bib shorts with comfortable (!) padding, an aerodynamic cycling jersey and the fun can begin – as long as the weather plays along. You should always have a spare inner tube with you, especially if you are venturing into difficult terrain with the Crosser. You can still play around with the tyre pressure, but you don’t have the same possibilities as with fat mountain bike tyres. A hard impact from a pointed stone can mean the end of the tube!

Anyone interested in cyclocross will inevitably stumble upon the term ‘gravel bike’ at some point. Gravel bikes were invented by the US bicycle industry and are positioned somewhere between cyclocross and so-called endurance road bikes (racing bikes with a touring geometry). They are mainly used for riding on paved roads with gravel. However, the big difference lies primarily in the tyres, which are wide and have a less pronounced profile than cyclocross tyres.

This category of bicycle is especially popular with bike commuters and bike packers, or bike travellers, as there are now also numerous ways to equip racing bikes or road bikes with bags.

Instead, the question should be: why not? After all, a golden rule among cyclists is that the right number of bicycles to own is N+1. And there should definitely be a crosser in the collection.

All jokes aside. Whether or not a new pair of wheels makes sense is a matter for each individual to decide. But a cyclocrosser can be a great change, especially in autumn and winter – especially for all those who want to keep their beloved racing bike posture or simply prefer to ride on forest tracks rather than asphalt. It’s also great for mountain bikers who have been tempted by a road bike for a long time, but don’t really want to go out on the road.

Finally, a personal recommendation: get handlebar tape that is as soft as possible, as this will significantly increase comfort!

What about you? Do you already have a crosser and enjoy it? I look forward to hearing about your experiences!

I feel at my best whilst my pulse is racing and a beautiful scenery is passing by me. Whether on foot or on my bike – and sometimes even in the water – endurance sports are the best form of leisure activity for me.
More ofJörn 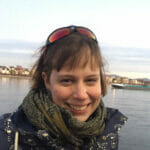