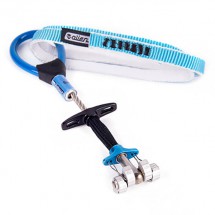 (5)
You are familiar with this product?

I've just had this cam for a few months and only used it a hand full of times during the summer so far. Great for small cracks that won't fit a nut and work lovely on granite.

Have it over a year. I don't use it on every climb, but it is nice to have gear when no other cam will fit. Love the small black. The alloy is a bit soft and can look a little battered with use, but I guess the soft biting power is a necessary comprise for those really small placements.

91% have found the reviews
by Fritz helpful

2
0
Yes, I would recommend this product to a friend 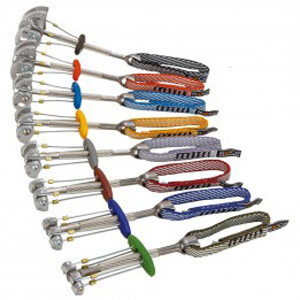 It's no wonder climbers have given spring-loaded camming devices a nickname. Their real name is simply too long. The terms cam and friend sound better and are known to climbers around the world. Mention the term "camming device" to a mountaineer from America, France, Sweden, or any other country for that matter, and they might not know what you're talking about, but they'll definitely know what a friend is. But where do these strange nicknames come from?

How the friend got its name:

Friends were the first spring-loaded camming devices that were mass-produced and made available on the market. The inventor was an American engineer and climber named Ray Jardine. Prior to the launch and release, he wanted to thoroughly test his new invention on the rocks and carry out some improvements. So, he took the nameless camming devices with him to climb.
To prevent potential competitors on the climbing scene from getting wind of his new device he needed a codename. Ray Jardine went climbing and took his "friends" with him. That’s how the term friends was born and remained even after the market launch.
The original clamping devices, known as friends, were launched by Wild Country, the English hardware specialist, and are still produced there today. No other camming devices are friends because this is the protected trade name of Wild Country. Because of their great popularity, the name has become the everyday word for all (friend-like) camming devices.
To avoid using the brand name friend, you can use the word cam, which is an abbreviation of the word camming device. It’s also easier to say!

So what exactly is a friend/cam?

A friend or cam is a safety device used for securing alpine and sport climbing routes. It’s an active camming device, which the term "active" also distinguishes it from other securing devices. In comparison to nuts and pitons, cams "actively" hold their position in the rock. This is achieved by a spring system which presses the jaws against the sides of a rock’s crack.
The springs are the only thing that hold the device in place. The way the friend’s clamping effect will catch your fall, is by following the direction of the fall. The load on the axle causes it to lock in place. The principle works best in grippy, dry, parallel cracks. In addition, moisture, ice, particularly smooth rock structures and brittle surfaces can significantly reduce the holding power. A lot of experience is needed when placing a cam!